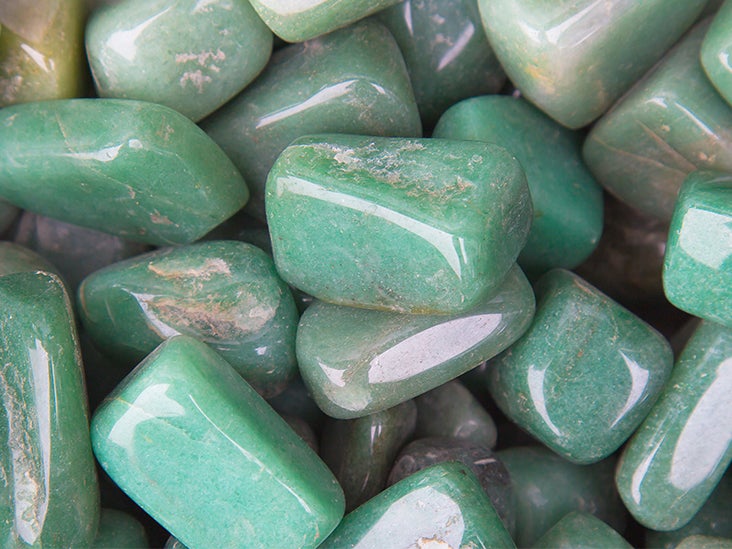 Jade “is a stone that does not demand from you. But instead, it gives you all the love and courage you need to raise your own vibrations To learn about benefits and history of this stone Follow me through this article and learn about the magic and beauty of Jade stone:

Jade is a mineral, much used in some cultures as jewellery and for ornaments, mostly known for its green varieties, though it appears naturally in other colors as well, notably yellow and white. Jade can refer to either of two different silicate minerals: nephrite (a silicate of calcium and magnesium in the amphibole group of minerals), or jadeite (a silicate of sodium and aluminium in the pyroxene group of minerals). (Wikipedia)

Jade also has an important place in Latin Americasuch as Mexico and Guatemala. The use of jade in Mesoamerica for symbolic and ideological ritual was highly influenced by its rarity and value among pre-Columbian Mesoamerican cultures, such as the Olmec, the Maya, and the various groups in the Valley of Mexico.

jade, either of two tough, compact, typically green gemstones that take a high polish. Both minerals have been carved into jewelry, ornaments, small sculptures, and utilitarian objects from earliest recorded times. The more highly prized of the two jadestones is jadeite; the other is nephrite.

Jade is believed to have certain Benefits such as increasing Fortune, Grounding and enhancing maturity in relationships.

Jade is known to be a lucky stone or happiness stone, back in days people use to name the stone as green magic because of its ability to provide luck to them.

It’s also believed that jade stone has healing properties. Boote says these properties depend on the color of the stone.

“These are predominantly green stones but do present in many other colors, such as lemon and lilac,” Boote says.

Green is associated with bringing tranquility and calm to difficult situations.

Boote also claims that jade stone can provide healing in relationships and with the self. It may encourage:

“It encourages honesty and understanding, and … [it] attracts fulfilling relationships and love,” says Boote.

The science behind jade stones

It’s important to note that scientific evidence to support the healing properties of jade stone, and crystal healing in general, is limited.

An older study, presented at international conferences in 1999 and 2001, suggests that any benefits experienced from crystals may be a result of the placebo effect.

While critics are often quick to dismiss crystal healing, it’s worth noting that many people swear by their powers. Crystals are unlikely to do you any harm if you want to experiment with them and test their effectiveness for yourself.

more information will be posted here every week please follow up…